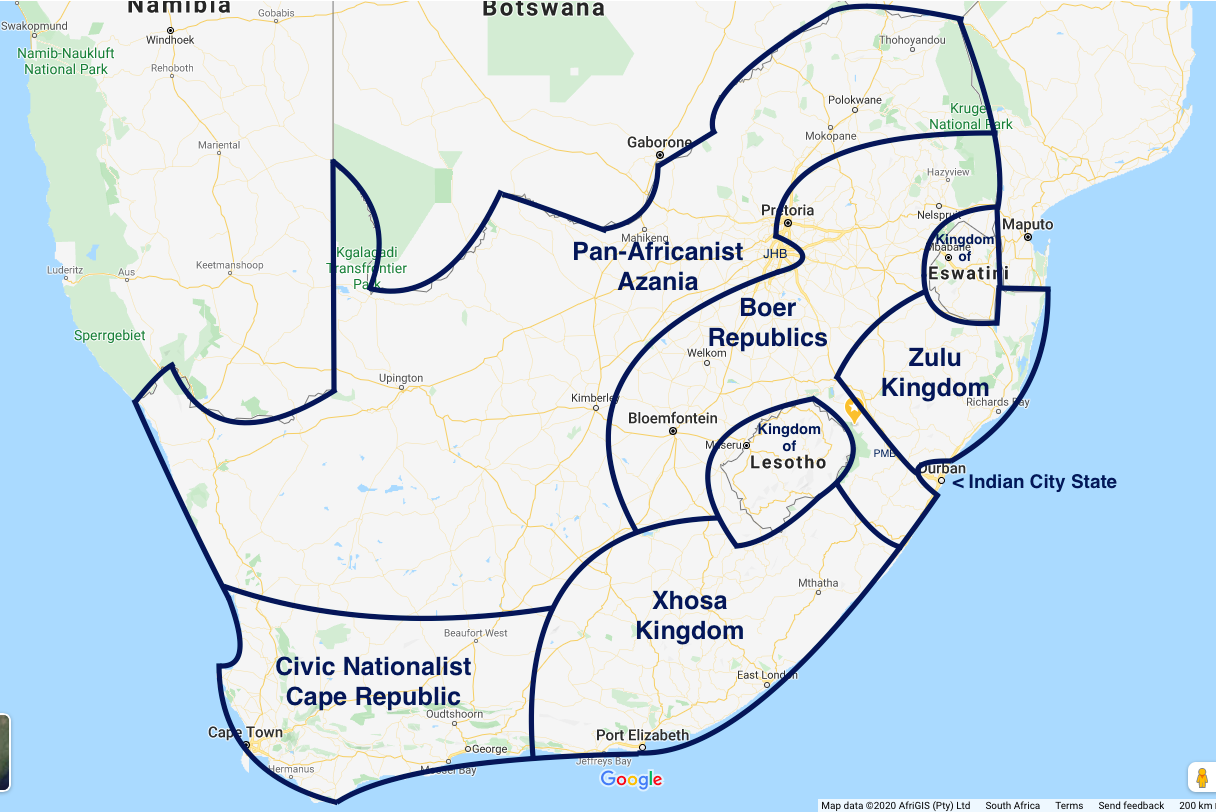 South Africa is a political empire which has been ruled by three successive regimes of ethno-nationalists.

Sovereignty for each culture would allow them to live in peace with their neighboring cultures rather than fighting them for political power.

I don’t believe that different ethnicities can’t get along in a democracy, I observe it empirically.

I am all for multi-racial friendship & good will.

Do you know how to destroy that?

Make multiple different races fight over who gets to enforce their culture as government policy, & deploy their tribesmen as cadres.

There are few problems when peacefully living & trading next to each other.

There are huge problems when there is a struggle for political power over each other.

We must define the term that is used to shut down this pathway to peace: “racist.”

What is a racist?

“A person who holds institutional power over, + prejudice against, another race.”

By this definition, can we see how multi-racial democracy is always going to disenfranchise the minority race from institutional power?

They are essentially residents, not citizens.

In a multi-racial democracy, voting rights achieve nothing for the minority.
Voting does not get them any institutional power, nor does it protect them from prejudice.

What we have is a racial headcount.

Immigration & birth-rate become political weapons of war to win institutional power from the other races trapped in that Democracy.

The minority’s best hope is to be granted peaceful sovereignty over their own territory, free from the “tyranny of the majority.”

By granting that minority their own sovereignty, their own institutional power, we can eliminate the conditions that create political racism.

Many racists cant stand the thought of a minority majority-nation.

To these bigots, minorities are inherently evil & must be punished & subjugated.

They believe that minorities living alone anywhere, are an intolerable sin against their majority everywhere.

If there are no non-Afrikaners in Orania for them to be racist against, are they still racist?

If Zulu’s did the exact same concept & created a homogenous community, would they be racist for doing that?

Of course not! More institutional power to them!

Racial peace is possible if we will stop forcing different races into democratic fights for institutional power over each other.