Our Imperatives
This article began as a response from a text from my brother.

“What happens if Biden wins and conservatives are locked out of power for a hundred years?”

Begin with the end in mind. – Stephen Covey

To correctly assess our 100-year reality, let us first examine our imperatives as Christian Nativists.

Working forward from the basics, what is our spiritual imperative?
Q: What is the chief end of man?
A: Man’s chief end is to glorify God, and to enjoy him forever (Westminster shorter catechism, question 1).

What is our biological imperative?
The perpetuation of the bloodline gifted to us by God and our ancestors.
We must reproduce and provide for our offspring, thus guaranteeing the population of the earth to the glory of God, and the enlargement of His kingdom via the witness of our families and communities.

American evangelical philosophy either ignores the second question, or tells us that we are selfish for considering it in a sober manner.

I believe we must unify these imperatives mentally and emotionally, and stridently question the political motives of thought leaders who shame us for believing it can be done.

I do not see any inherent conflict.

We trust that all people are made in the image of God, are able to access His grace and can be sanctified, while at the same time paying particular attention to the success of our own family, friends, and community.

This is not a hostile, militant xenophobia.

We must build a nourishing, properly focused localism, or nativism. Nationalism is the broadest expression of this instinct that I believe is proper.

Description of our current situation
First, The Cathedral (the unified culture of media, bureaucracy, universities, and mainline denominations) is in most cases not only indifferent to our biological and spiritual imperatives but actively hostile to them.

We see this in
a) the rampant promotion of homosexuality and transsexuality at the expense of many other political goals,
b) the poisoning of young women with careerist feminism which robs them of their child bearing years and family happiness,
c) anti-natalist sentiment which proclaims white families as the sole destructors of the environment and societal harmony,
and d) the conflation of all traditional beliefs with sexual or racial violence.

A true nativist tradition has been intentionally subverted, rendering it powerless to nourish our Western culture. This was achieved with the rise of neo-conservatism and civic nationalism in the post-WWII era.

Egalitarian civic nationalism (what we typically think of from 1975-2005 or so), with minimal racial tension and a broad sense of cultural unity, is a fine way to run a country as diverse as the United States – if there was not a concerted effort to replace its settler population with foreigners, provide nearly unlimited welfare to the indigent class, and simultaneously systematically break down the ability of law and order to touch the criminal class.

I could go on at length about this. It is truly a David and Goliath situation. For the time being, let us operate under the assumption that the power disparity is unassailable.

What we can do
1. Locate in a culturally friendly area.
This may be easier than you think, even if your livelihood is dependent upon population density.
For example, in my county in South Carolina, there is no shortage of immigrant Yuppies and the city is quite blue.

The county, however, is deep red and is surrounded by a dozen other counties that are even deeper red.
This is not to pass over the absolute blight that southern rural areas have experienced, but you should be able to pursue your imperatives.
Be ambitious and intentional about your planning.

2. Network with like-minded people.
To paraphrase the famous spy, Michael Westen, “Guns make you stupid. Competent friends make you smart.”
Guns are absolutely necessary to keep ever-bolder criminals at bay, and marksmanship is a manly skill worth developing in its own right.

However, we are absolutely not shooting our way out of this situation and I do not even consider it an option. In the increasingly likely event that some other cracker kicks off the boogaloo, it will be necessary to provide local security.

But beans are going to be much, much, much more powerful than bullets. Especially if you “bug in.” I rate the possibility of bombs landing on bridges to be low, but much more likely than 5 years ago.

Remember how inelastic the food supply is and how things looked in April of 2020.

Coming short of an actual conflagration, diligence in finding, nourishing, or creating a spiritually and physically healthy community for our children is going to pay huge dividends.

Our daughters must have a pool of stable, well adjusted, physically fit men to pick from. Those young men, hopefully, will have been nourished by our friends and acquaintances and will be more or less known quantities.

Likewise for our sons, very little is more important to me than associating with families who have daughters, over the next two decades. I am not a fan of arranged marriages or courtship per se, but I do hope that my son will simply not have to look too far for a wife.

3. Accumulate wealth and capital.
Because of the low cost of living in the South, it should be possible for me, with good planning and healthy earnings, to accumulate not only enough wealth to take care of myself but also one or more generations of my children.

Some relevant considerations: Corporate America, barring some sort of major cultural reversal, is not going to be a fit place to work in 20 years. Especially not for handsome white boys with above average IQ and a penchant for asking uncomfortable questions.

I do hope to have some sort of family business or trade to leave my son, or at least enough capital so that he can pick a direction that I can finance for him. I hope to do this also for my future sons-in-law.

If the current eco-madness continues apace, I expect the bugmen will start fixating on making beef and other meat more expensive. Owning land will become more important.

While I’m not delusional enough to think I would make even an average farmer, I value having the option to raise beef and other animals. Rural living has many other benefits besides solitude and insulation from the coming urban spasms of violence.

The encapsulating term I’m looking at in these last few paragraphs is “personal infrastructure.”
As I make more money, I hope to be able to do more things for myself, even if hiring or buying it is cheaper. In this way we make ourselves stronger.

4. Build political and cultural influence.
This one is more nebulous for me right now. In lieu of my own thoughts, let me give you this to read.
https://www.aaronrenn.com/wp-content/uploads/2020/08/The-Masculinist-43-The-Importance-of-Owned-Space.pdf

Final thoughts.
I have a 100-year plan for my family.

If I’m going to carry that out, I’m not planning on going out in a blaze of glory. We are not shooting our way out, so I’m not going to fantasize about it (though I sometimes do).
Obviously I have limited agency in the back end of this plan. I also don’t want to work non-stop till I die. I’m working to leave a financial and a cultural heritage. I’m working so that my family is not only wealthy (in the ways that matter) but also adaptable and strong.

The America we learned about in our elementary school classrooms is dead.

It existed, and it was wonderful.
But it was also a bottom up creation, and not a top down monstrosity like what we have now.

However, I am more than American.
I am Scots-Irish, the genetic and cultural heritage of a thousand years of cunning and killing. There are cultural traits inherent to my British Isles heritage that we must nourish and preserve, otherwise the Internationalists will propagandize them out of us.

Back to my brother’s original question.

The situation is poor.
Trump can’t save us – no politician can – so why should I care about Biden? It’s now or, 4 years, or 8 years.

Without national divorce, it’s just going to be more of the same.
So I’m trying to divide my idea of personal success, and give it some independence of outcome, from the national political scene. 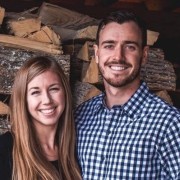 %d bloggers like this:
This site uses "cookies" to provide the best experience possible. If you continue to use this site, you agree to legally being a normal person who enjoys a few good cookies.ACCEPT